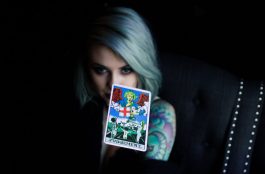 Tarot is an age-old form of divinatory magic that calls upon the powerful symbolism present in 22 “Major Arcana” cards and numerous “Minor Arcana” cards. While not all Tarot practitioners believe that reading of the cards reveals the true future by calling on supernatural forces, few would dare contest the symbolic and historical power each of the cards represents. For many, Tarot is more than divination; the reading of the cards, and understanding Tarot card meanings, for them, is a cathartic and deeply personal experience in which they open themselves, in uniquely vulnerable fashion, to a symbolic reading of their fate. 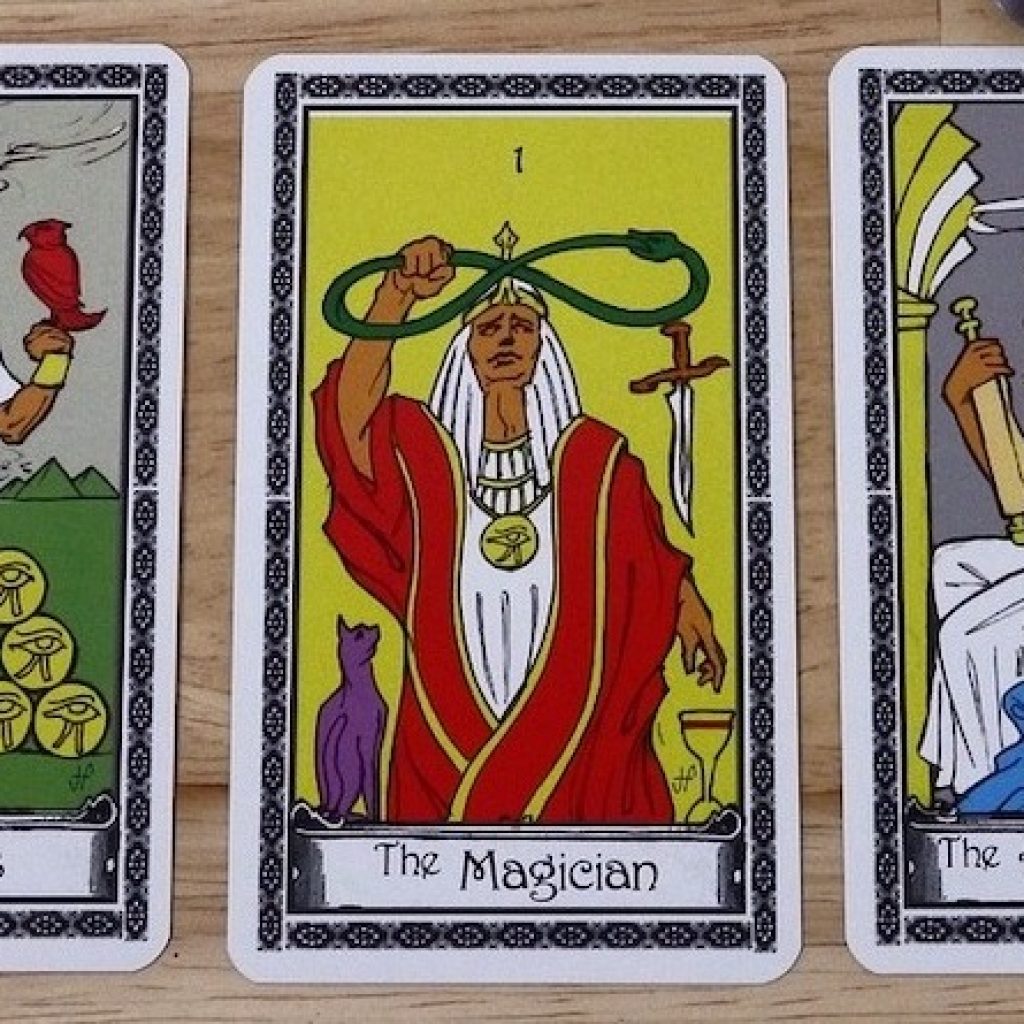 Tarot reading is not a simple art, and understanding the symbols present in Tarot cards is, for many, a lifelong study. All pursuits must begin somewhere, though, and understanding some of the most important icons of the Major Arcana is a great place to begin. With that in mind, here is a rudimentary understanding of the Fool, the Emperor, the Magician, the High Priestess, and the Chariot:

The Fool simultaneously represents the beginning and the end, being simultaneously the 0 card and the 22 card. In some systems of Tarot, the Fool is seen as belonging in between card 20 and 21 (Judgement and The World, respectively.)

Also known as “the beggar,” the images most frequently associated with the 0 Major Arcana are those of an old man in sackcloth or a jester in motley. Each one of these popular images has ties to the interpretation of the card itself. Perhaps not surprisingly, the Fool is historically tied to the Joker card in standard playing card decks, both in imagery and in its nebulous position within the deck.

When interpreting Tarot, the Fool often represents the main character of a story, the adventurer who sets out into the unknown. The Fool undertakes a “Fool’s Journey,” which many understand to be tied to Joseph Campbell’s “the Hero’s Journey.” The Fool, therefore, is a vital card in any reading.

The Emperor is one of the most consistent cards in all Tarot decks with regard to imagery. Most decks depict the Emperor as a bearded king, clad in armor and wrapped in fine robes. He bears a scepter and a gilded crown, and he sits upon a simple, stone throne.

The imagery of the Emperor is stark and serious, representing power, dominance, stoicism, and strength. The card has been associated with mythological figures such as Zeus, Odin, and even the Christian, Jewish, and Islamic God.

Readings of the Emperor center around power, dominance, wisdom, and authority, though they also warn of stubbornness, conservativity, and lack of emotional connection. 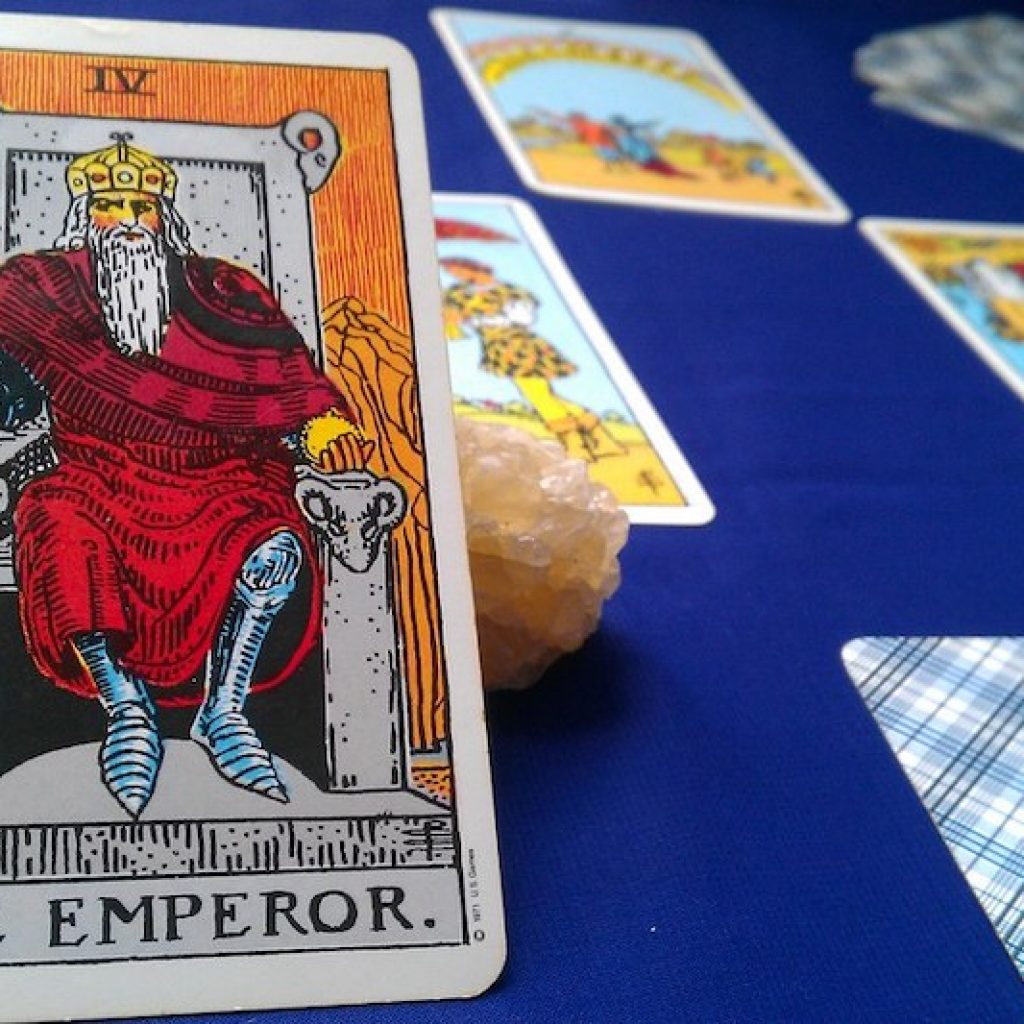 The primary Major Arcana, the Magician ties the spiritual and the physical together. Also sometimes known by the name “the Magus” or “the Juggler,” the Magician is most frequently depicted with one hand lifted upwards towards the sky and another hand pointing towards the earth.

While Tarot card meanings vary depending on the context of the reading, the Magician card has long been understood to represent the unknown. Mysteries, both natural and supernatural, are within the domain of the Magician, and they have mastery over the four elements. Because of the knowledge and power the Magician possesses, they are able to accomplish anything they strive to do.

The Magician, though powerful and capable of many things, is often also understood to warn of missed opportunities, squandered potential, and a careless, headstrong nature. With so much power at their fingertips, the Magician can sometimes symbolize taking small steps for granted in pursuit of great accomplishments.

The Chariot is one of the most fascinating of the Major Arcana, in no small part because of its complicated history. While chariots are often associated with action, speed, and war, the Chariot tarot has traditionally been depicted as a symbol of restraint and self-control. In classic imagery, the Chariot depicts a warrior prince crowned with the laurels of victory, standing in a chariot pulled by two sphinxes. Instead of weapons, a driving whip, or the reins of the sphinxes in his hand, he holds the wand of the Magician, indicating his victories and forward momentum are mental or spiritual in nature.

In modern interpretations, the Chariot has been explored further and some no longer believe it to represent spiritual victory and movement alone. Some depictions, therefore, depict the Chariot in motion physically.

The Chariot, regardless of modern or traditional depiction, always represents decisiveness, confidence, and focus free of arrogance or presumption. The Chariot, therefore, represents being in-tune with oneself and the path of one’s ambitions.

The High Priestess is one of the most controversial Tarot cards, historically speaking, because of its depiction of a woman wearing the trappings of the Catholic papacy. Many Tarot decks of yore were censored to change the image of the High Priestess or exclude the card entirely.

The High Priestess represents the feminine divine and is frequently depicted in front of a sanctuary veil surrounded by pomegranates, which represent both fertility and plenty. The High Priestess hearkens to the quiet parts of the human mind, the sacred secrets we keep, the laws we follow internally, and the inexplicable knowing of instinct.

Tarot historians have noted similarities between depictions of the High Priestess and legends about Pope Joan, a woman who rose through the ranks of the church all the way to Popehood while disguised as a man. According to the legend, she was only discovered to be a woman when she spontaneously gave birth to a child, having not known she was pregnant. In this way, the legend embodies many aspects of historical femininity and exhibits one of the most complex of all Tarot card meanings.

Now that you’ve got a basic understanding of these vital Tarot cards, you’re ready to keep learning more. Tarot is remarkably complex and getting familiar with a few of the Major Arcana is truly only the beginning of the journey. Let the Fool guide you further into the world of Tarot!